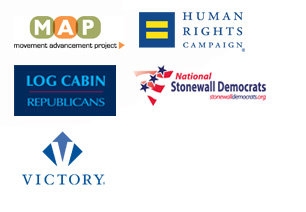 An Ally’s Guide to Issues Facing LGBT Americans is a primer introducing the major areas in which unfair laws and stigma create extra burdens for LGBT Americans and prevent them from having the chance to pursue health and happiness, earn a living, be safe in their communities, and serve their country. The guide features maps and discussions of federal and state laws that stand in the way of equal opportunity for LGBT Americans. Recent updates incorporate November 2012 election results.

Despite historic gains in the last few years, LGBT Americans are simply still not treated equally under federal law. Contrary to popular belief, federal legislation does not protect LGBT people from discrimination in housing, public accommodations, credit or employment—and LGBT people also lack such protections in most states. LGBT workers often cannot extend their health insurance coverage to their partners or children. Without family and marriage tax deductions, LGBT families pay additional taxes but lack access to critical protections that many Americans often take for granted, like Social Security Survivor Benefits. Due to these and myriad other inequalities, LGBT people are more likely to live in poverty and suffer from health disparities.

An Ally’s Guide to Issues Facing LGBT Americans provides an overview of key areas that figure into the goal of equal opportunity for LGBT Americans, and state maps that document progress toward achieving: