LGBTQ Curricular Laws Table Format
LGBTQ-related curricular laws are important for LGBTQ students’ health, wellbeing, and academic success. This map shows three distinct policies related to LGBTQ inclusion in—or exclusion from—school curricula or standards. First, LGBTQ-inclusive curricular laws explicitly require the state’s curricular standards to include LGBTQ people and history, such as in subjects like history, civics, or social studies. Harmful, exclusionary laws include parental opt-out laws, which require parents to be notified in advance of LGBTQ-inclusive curricula and allow parents to opt their children out of those classes. “Don’t Say Gay or Trans” policies censor teachers and staff from even talking about LGBTQ people or issues. Learn more about the importance of inclusive curricular standards from GLSEN. 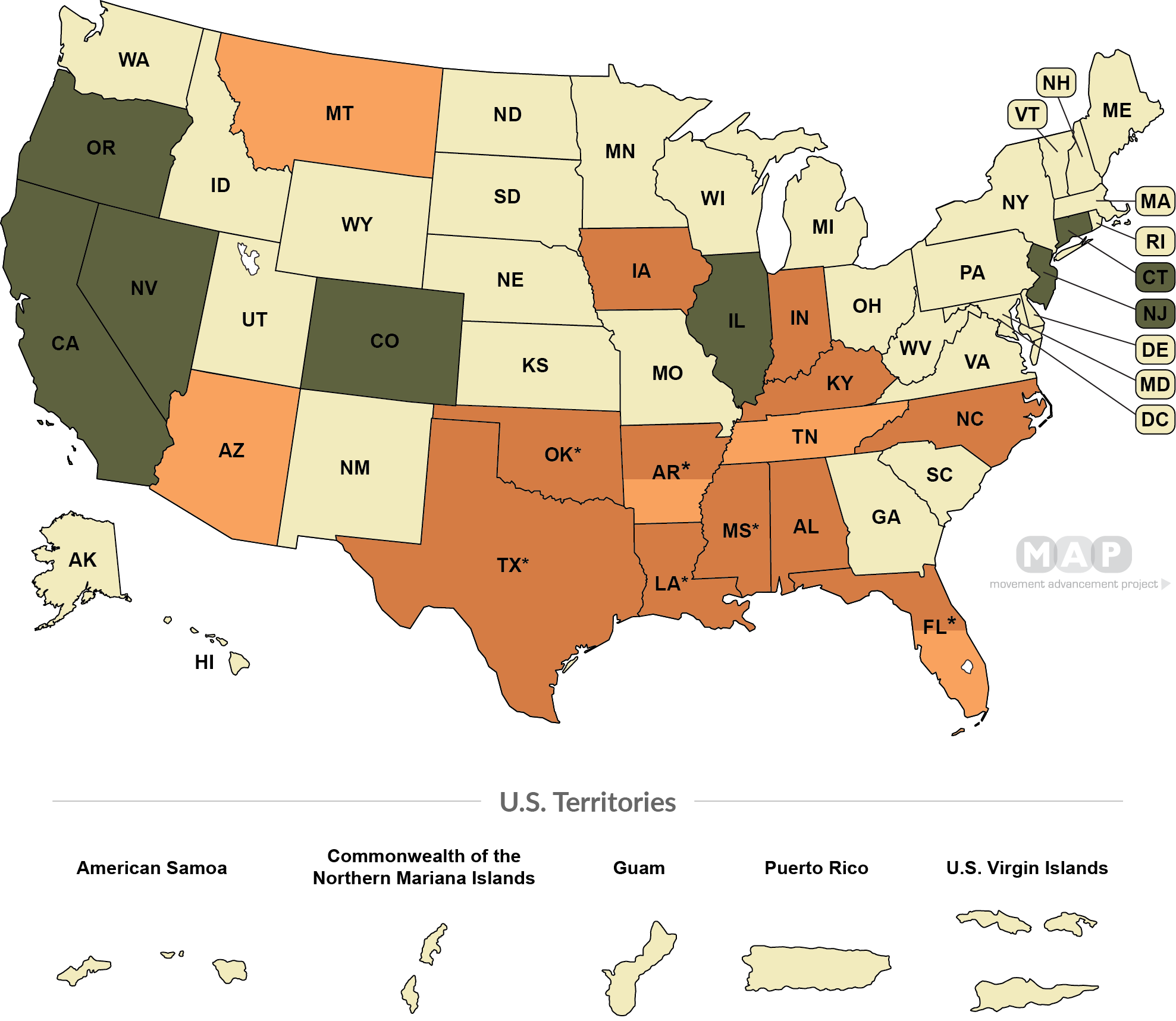 Citations & More Information
*Note: Florida has both a "Don't Say Gay or Trans" law censoring discussions of LGBTQ people in schools (passed in 2022), and a parental opt-out law (passed in 2021).

19 % of LGBTQ population lives in states that censor discussions of LGBTQ people or issues in school (i.e., “Don’t Say Gay or Trans”)