Positive Laws Positive Laws Table
States with the freedom to marry do not ban same-sex couples from entering into legal marriages. Some states also offer comprehensive relationship recognition, such as domestic partnerships or civil unions, to same- and different-sex couples. However, most states still have constitutional amendments, statutes, or both banning marriage for same-sex couples, even after the 2015 Supreme Court case Obergefell extended marriage equality nationwide. For more on the current status of state marriage laws, see MAP's 2022 report: Underneath Obergefell: A National Patchwork of Marriage Laws. 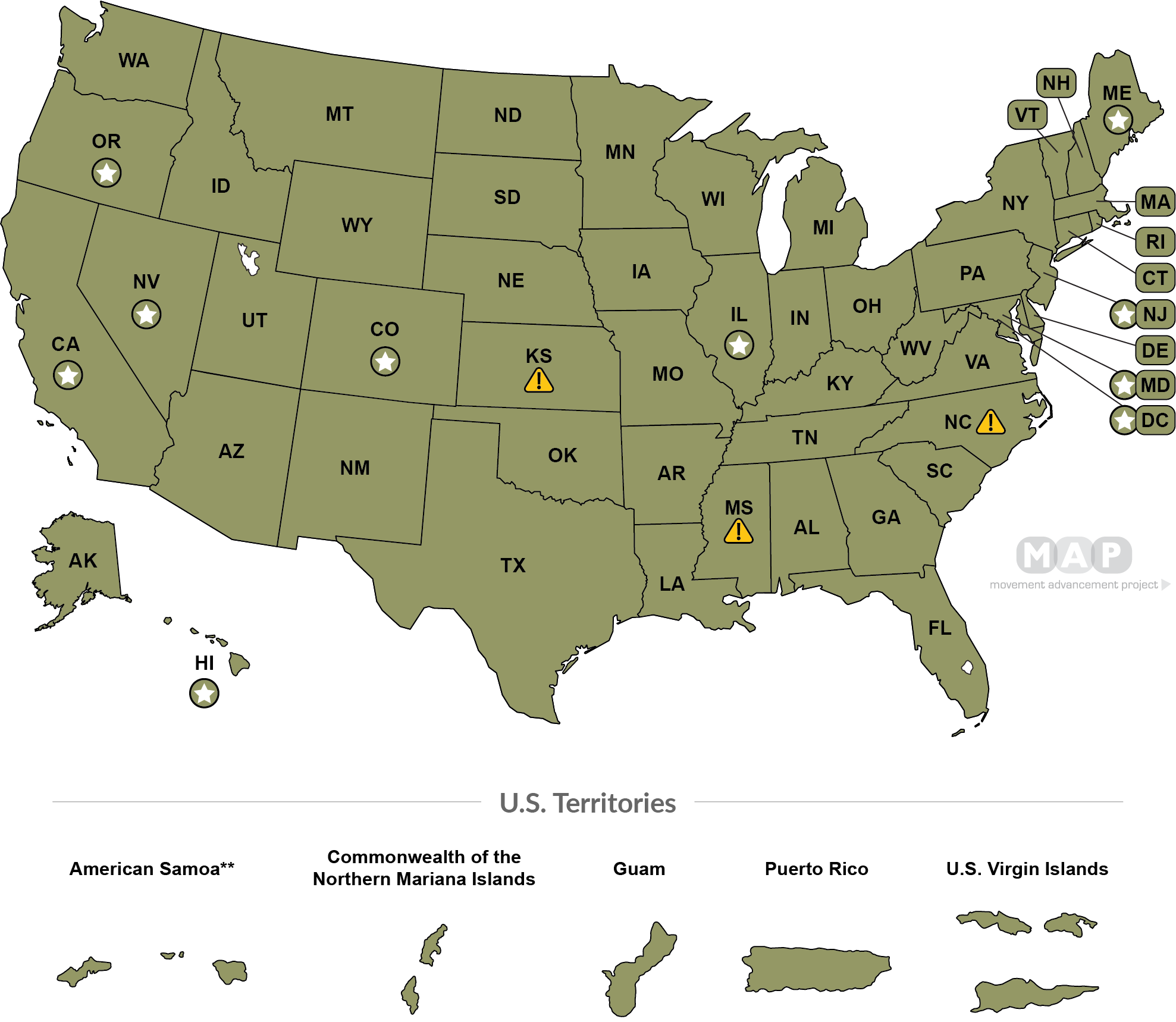 The 2015 U.S. Supreme Court ruling in Obergefell extended marriage to same-sex couples nationwide. In the U.S. territories, however, there is some question as to the “on the ground” implementation of the Court’s 2015 ruling. For more information, please see MAP's U.S. territory policy spotlight.

Additionally, several Native American jurisdictions extend marriage rights to same-sex couples. These jurisdictions are federally recognized sovereign nations and therefore can create their own policies around same-sex partnerships. The following is a list of Native American nations that have legalized same-sex marriage followed by the year in which the ruling was made. Several nations passed laws to offer the freedom to marry, whereas others have issued marriage licenses to same-sex couples based on a reinterpretation of tribal codes. For more information please see: NativeOut.