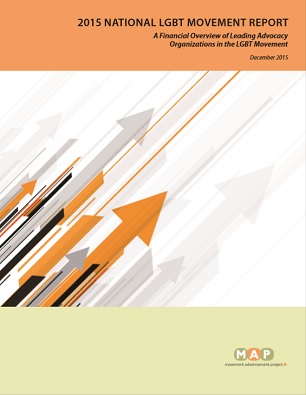 Other Indicators of Financial Health. General financial health remains strong. In 2014, organizations reported an average of nearly six months of available working capital, a 2% increase from 2013.

Staff and Boards. The racial and ethnic diversity of paid staff at participating organizations have similar diversity to the overall population: 38% of paid staff identify as people of color compared to 38% of the U.S. population. However, among senior staff, the percentage who are people of color was 35%. Also, 46% of all staff are women and 8% identify as transgender.