LGBT Nonprofits and Their Funders in a Troubled Economy 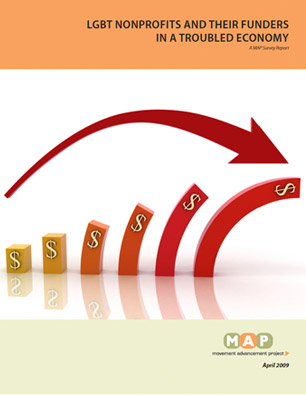 Following a decade of tremendous growth, lesbian, gay, bisexual and transgender (LGBT) movement organizations experienced declines in revenue and significant fundraising challenges amid the economic downturn that began in 2008. The 2009 LGBT Nonprofits and Their Funders in a Troubled Economy report found that nearly 60% of LGBT nonprofits missed budget projections for the second half of 2008 and took a variety of operational and programmatic actions to cope with declining revenues. The organizations voiced optimism, however, that they would be able to weather the storm by allocating the bulk of their dollars to mission-critical activities and aggressively managing costs.