Religious Refusals in Health Care: A Prescription for Disaster 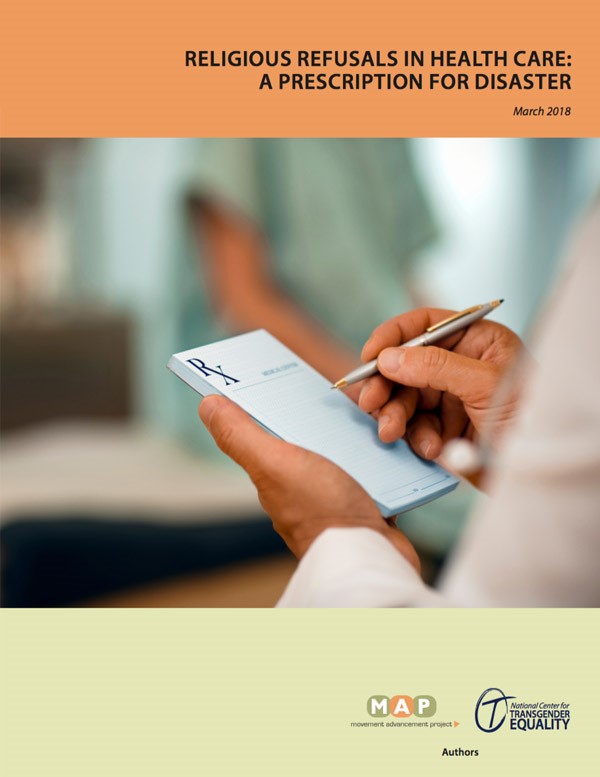 In January 2018, the Trump Administration’s announcement of a new Conscience and Religious Freedom Division within the Department of Health and Human Services, and proposed rules that seek to radically expand the ability of health care providers to deny patients care based on religious or moral beliefs. In response, the Movement Advancement Project (MAP) and the National Center for Transgender Equality (NCTE) released  a new report, Religious Refusals in Health Care: A Prescription for Disaster. The report examines the coordinated efforts to allow medical providers to legally discriminate and deny needed care—from the recent actions at the federal level to the lack of nondiscrimination protections at the state level.

Religious Refusals in Health Care: A Prescription for Disaster outlines the key types of health care which will be at risk if providers are able to refuse treatment and choose which patients they wish to serve, resulting in broad and dangerous harms, including: