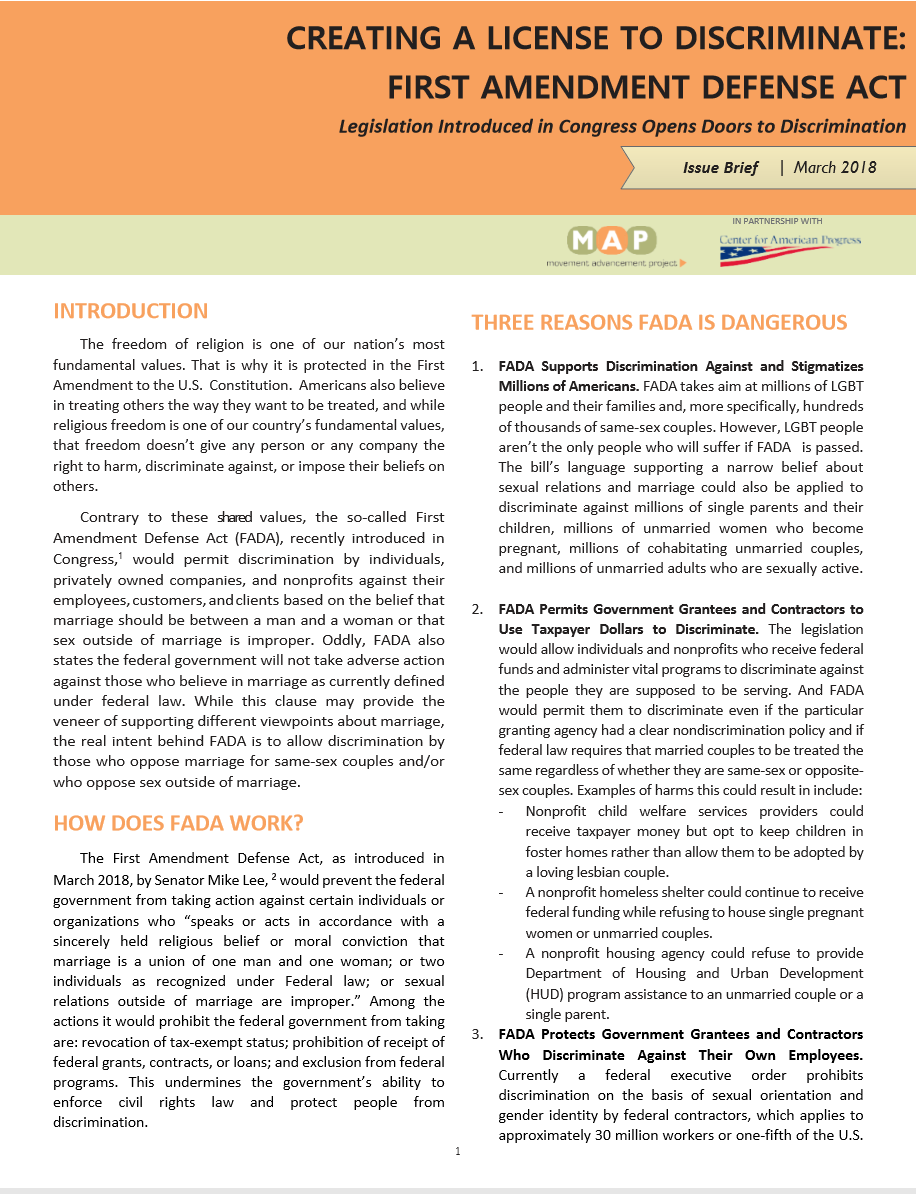 The freedom of religion is one of our nation’s most fundamental values, which is why it is already protected in the First Amendment of the U.S. Constitution. Americans also believe in equal treatment, and while religious freedom is important, that freedom doesn’t give anyone the right to harm, discriminate against, or impose their beliefs on others. The so-called "First Amendment Defense Act" or FADA, introduced in the U.S. Senate in March 2018, would grant certain companies and nonprofit organizations a license to discriminate, as long as that discrimination was based on the beliefs that marriage should be between a man and a woman and sex should be reserved for such marriages.

To explain why FADA is so devastating and should not be re-introduced, Creating a License to Discriminate: First Amendment Defense Act provides an analysis of the 2018 Senate draft of FADA and what it could mean for 10 million lesbian, gay, bisexual and transgender (LGBT) people, along with millions of others including women, single parents, unmarried couples, and children raised by LGBT parents and unmarried parents. The brief underscores how vigilant we must be to ensure that a license to discriminate is not written into our laws.