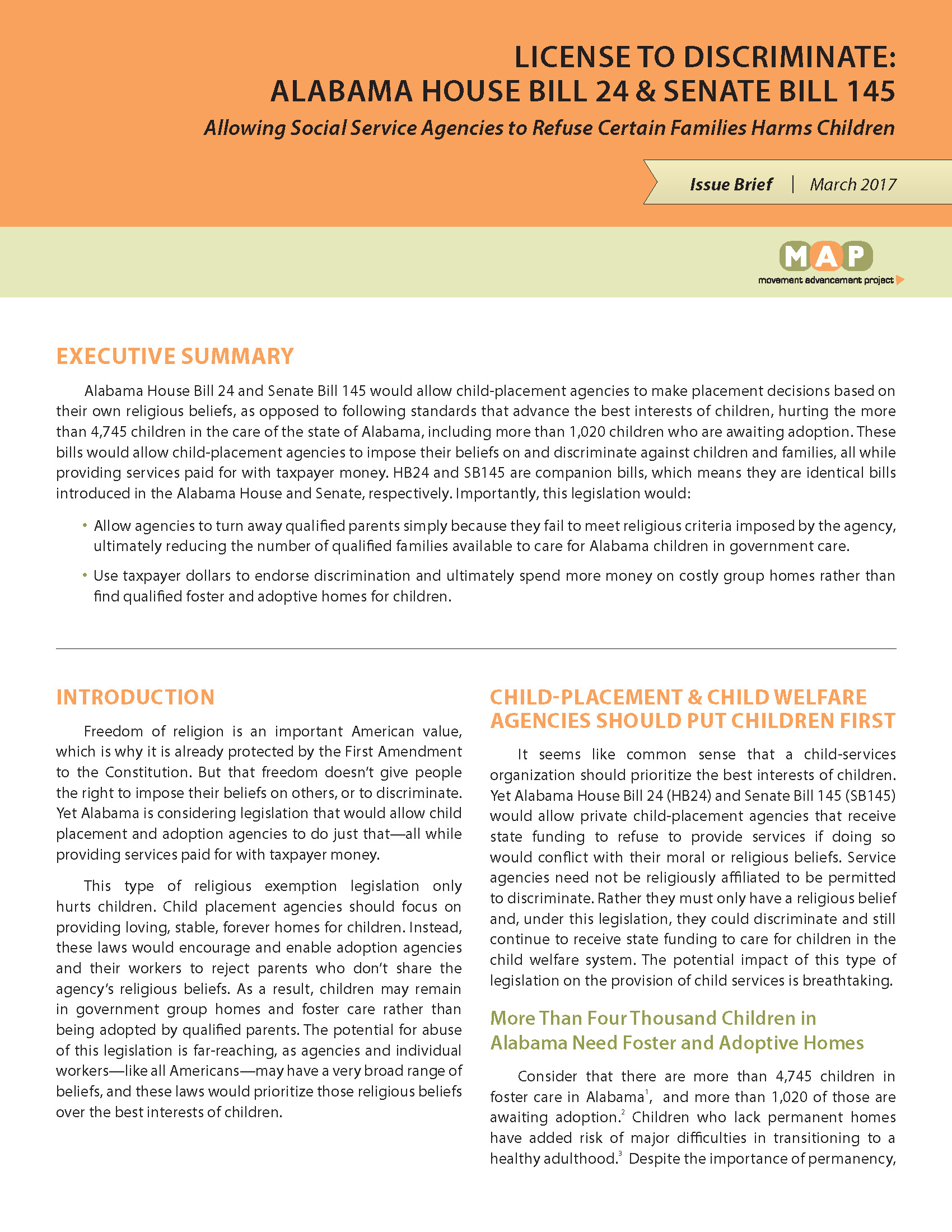 Alabama House Bill 24 and Senate Bill 145 would allow child-placement agencies to make placement decisions based on their own religious beliefs, hurting the more than 4,745 children in the care of the state of Alabama, including more than 1,020 children who are awaiting adoption. HB24/SB145 would allow agencies to impose their beliefs on and discriminate against children and families while providing taxpayer-funded services.