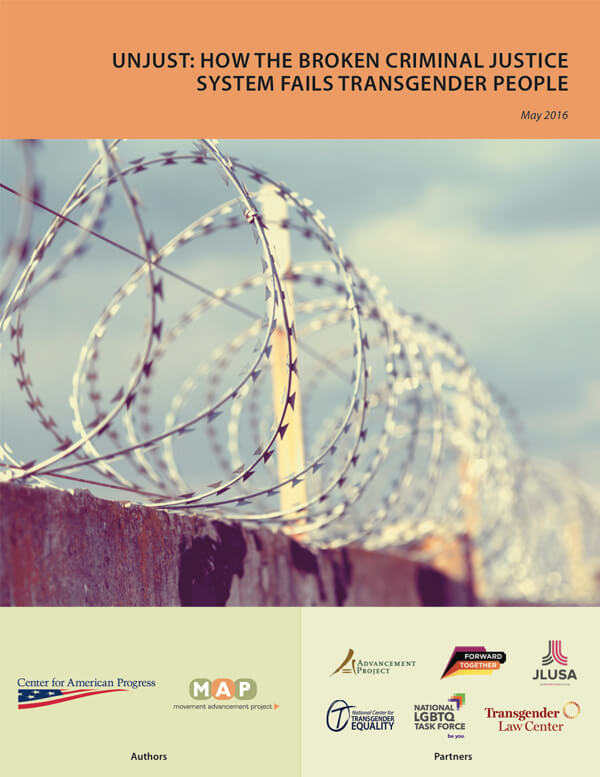 Unjust: How the Broken Criminal Justice System Fails Transgender People examines how transgender and gender non-conforming people face high levels of discrimination in many areas of life putting them at risk for economic insecurity, homelessness, and reliance on survival economies. Combined with policing strategies that profile and target transgender people, particularly transgender women of color, the result is high rates of criminalization of transgender people. For example, a shocking 21% of transgender women have spent time in prison or jail, compared to only 5% of all U.S. adults. And one in five (22%) of transgender people report being mistreated by police.

Once within the criminal justice system, transgender people are often discriminated against, verbally and sexually assaulted, refused adequate medical care, and treated with utter disregard for their identity and dignity.

Among the variety of laws that disproportionately impact transgender people: