Map Table Format
Recently, anti-LGBTQ opponents have introduced – and passed – laws to ban transgender youth from participating in school sports, most frequently in K-12 schools but sometimes including in college. These laws mean that transgender girls, for example, would not be allowed to participate in sports with other girls. Local schools and state athletic associations already have policies that both protect transgender people and ensure a level playing field for all athletes. In contrast, the policies shown below are blanket bans on transgender people’s participation in sports, and they are both unnecessary and harmful. 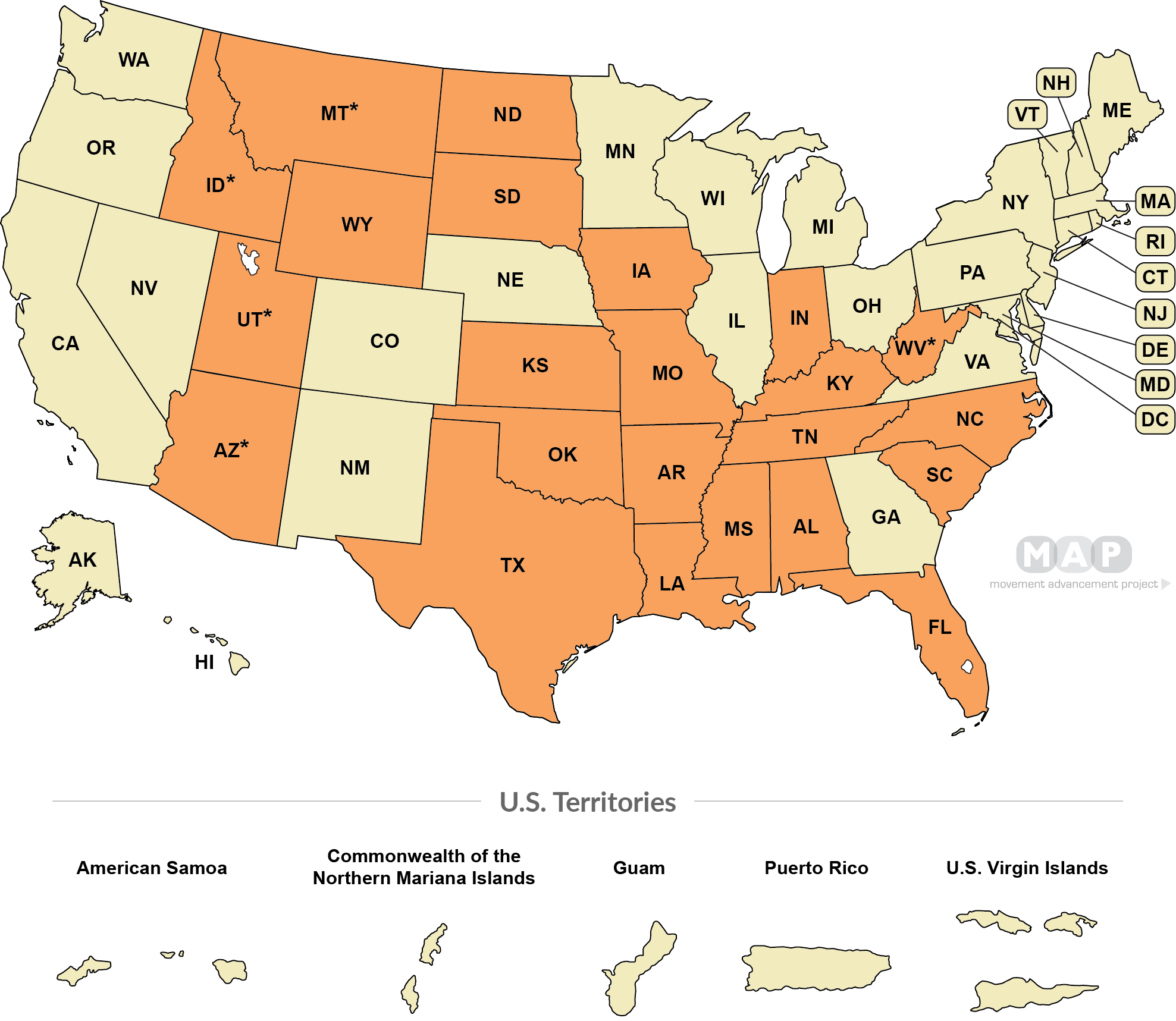 While in 2020 Idaho became the first state to legislate whether transgender student-athletes can play sports, many state high school athletic associations have developed their own policies, which also vary widely from state to state. For more on these associations' policies, see Trans Athlete's tracking.