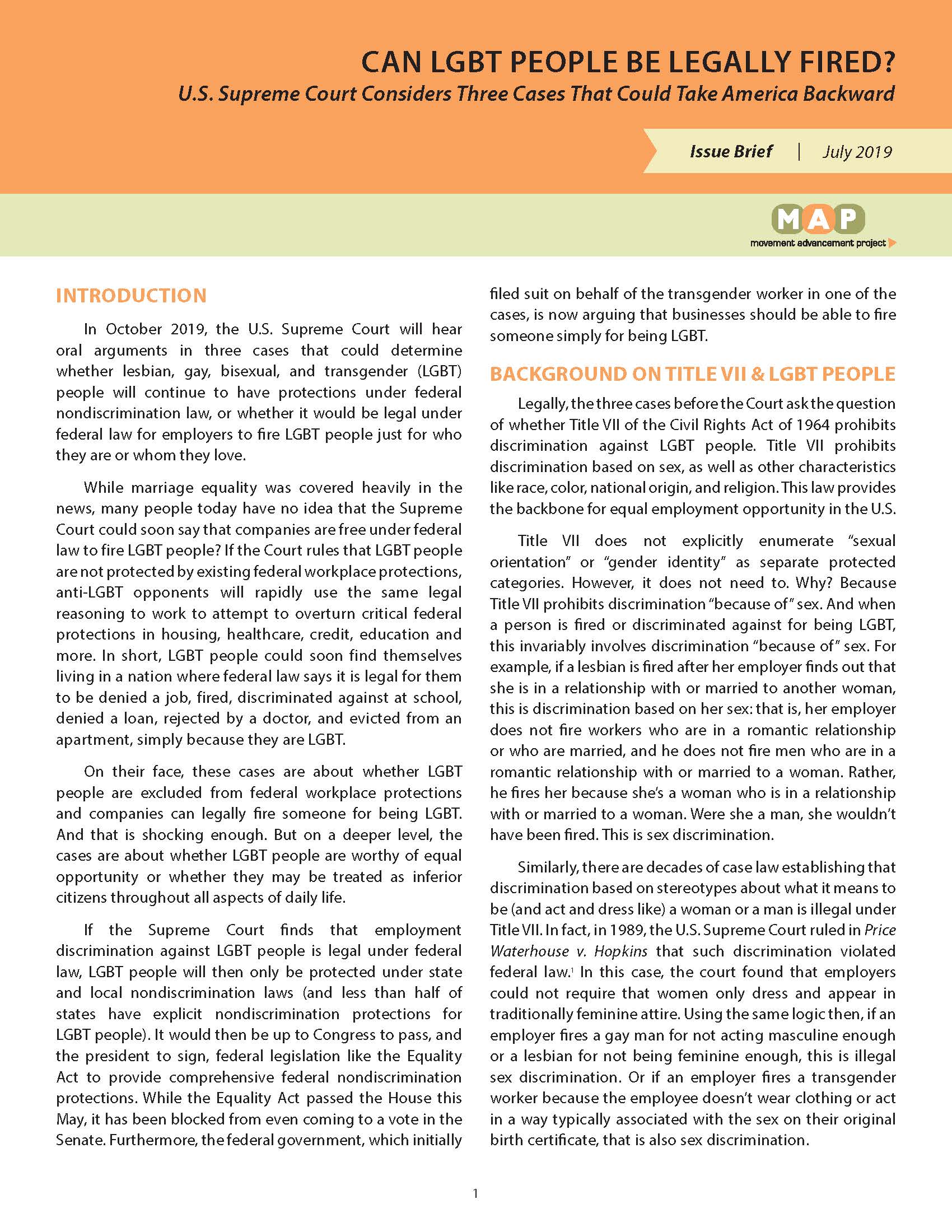 In October 2019, the U.S. Supreme Court will hear oral arguments in three cases that could determine whether lesbian, gay, bisexual, and transgender (LGBT) people will continue to have protections under federal nondiscrimination law, or whether it would be legal under federal law for employers to fire LGBT people just for who they are or whom they love.

While marriage equality was covered heavily in the news, many people today have no idea that the Supreme Court could soon say that companies are free under federal law to fire LGBT people. If the Court rules that LGBT people are not protected by existing federal workplace protections, anti-LGBT opponents will rapidly use the same legal reasoning to work to attempt to overturn critical federal protections in housing, healthcare, credit, education and more. In short, LGBT people could soon find themselves living in a nation where federal law says it is legal for them to be denied a job, fired, discriminated against at school, denied a loan, rejected by a doctor, and evicted from an apartment, simply because they are LGBT.

This brief describes the cases, how the Court could rule, and what the implications of the Court’s rulings could mean for LGBT people not just at work but in all areas of life.